What is a ‘company officer’?

The High Court recently handed down its decision in ASIC v King [2020] HCA 4, considering the scope of the definition of company ‘officer’ in the Corporations Act 2001 (Cth) (“Act”) and confirming that the definition includes persons who do not have any official role or position within the company, but who have capacity to significantly affect the company’s financial standing.

What was the case about?

Michael King was the CEO and an executive director of MFS Ltd, the parent company of a group of subsidiaries involved in funds management and financial services.

The role of Mr King

Although Mr King did not hold any official role in either subsidiary company, he arranged for MFS Investment Management Pty Ltd to draw down $150 million from the Royal Bank of Scotland and to pay $130 million of those funds to MFS Administration Pty Ltd to pay debts of the corporate group.

There was no agreement for the repayment of the $130 million to MFS Investment Management Pty Ltd.

Following the collapse of MFS Ltd and its subsidiaries in 2008, ASIC commenced proceedings against Mr King and other individuals involved in the corporate group.

At first instance, the Supreme Court of Queensland found that Mr King was an ‘officer’ of MFS Investment Management Pty Ltd, although he did not hold any official position in the company. The Court relied on the definition in sub-section 9(b)(ii) of the Act, which provides that an ‘officer’ of a corporation includes a person ‘who has the capacity to affect significantly the corporation’s financial standing’.

The Court found that Mr King had breached his statutory obligation in section 601FD of the Corporations Act ‘by not acting honestly, or alternatively failing to exercise the required degree of care and diligence and not acting in the best interests of the members’ of the fund managed by MFS Investment Management Pty Ltd.

The Court of Appeal overturned the decision so ASIC appealed to the High Court which confirmed the definition of ‘officer’ in section 9 of the Corporations Act extended to persons who were not ‘office holders’ within the corporation, stating the Act defined ‘officer’ by reference to the relationship between the individual and the company, rather than by reference to their official role or capacity. 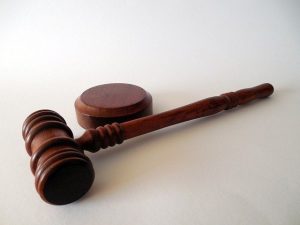 The High Court rejected Mr King’s arguments that a company ‘officer’ needed to have a role or position within the management of the company and noted that ‘it would be an extraordinary state of affairs if those who actually determine the course of a company’s financial affairs could avoid responsibility for their conduct by the simple expedient of deliberately eschewing any formal designation of their responsibilities’.

‘Officer’ does not need to hold any official role or position

The High Court’s decision clarified the meaning of ‘officer’ in the Corporations Act by making it clear that a person may be an ‘officer’ without holding any official role or position within the company, which has implications for corporate groups, financiers, advisers and consultants.

Why does it matter?

So who may be classified as an ‘officer’?

Following this decision, it appears a parent entity’s management personnel may unknowingly become an ‘officer’ of subsidiaries where they are involved in the affairs of subsidiary entities.

The High Court also suggested the possibility that a financier, adviser or consultant could become a company ‘officer’ where they do in fact involve themselves in the management of the company to ensure their advice is implemented.

Serious Implications for those involved with companies

Corporate groups, financiers, advisers and consultants will now need to carefully consider the limits of their roles and the extent to which they are able to influence the decision making processes of a company.

If you have any queries regarding this article or need legal assistance please call us on 07 5597 3366 or fill out the ‘Contact Us‘ form at the bottom of the page.

Please note that this article has been prepared by Margaret Miller, partner of Bell Legal Group, for information purposes only. It is not legal advice nor should it be relied upon as such.